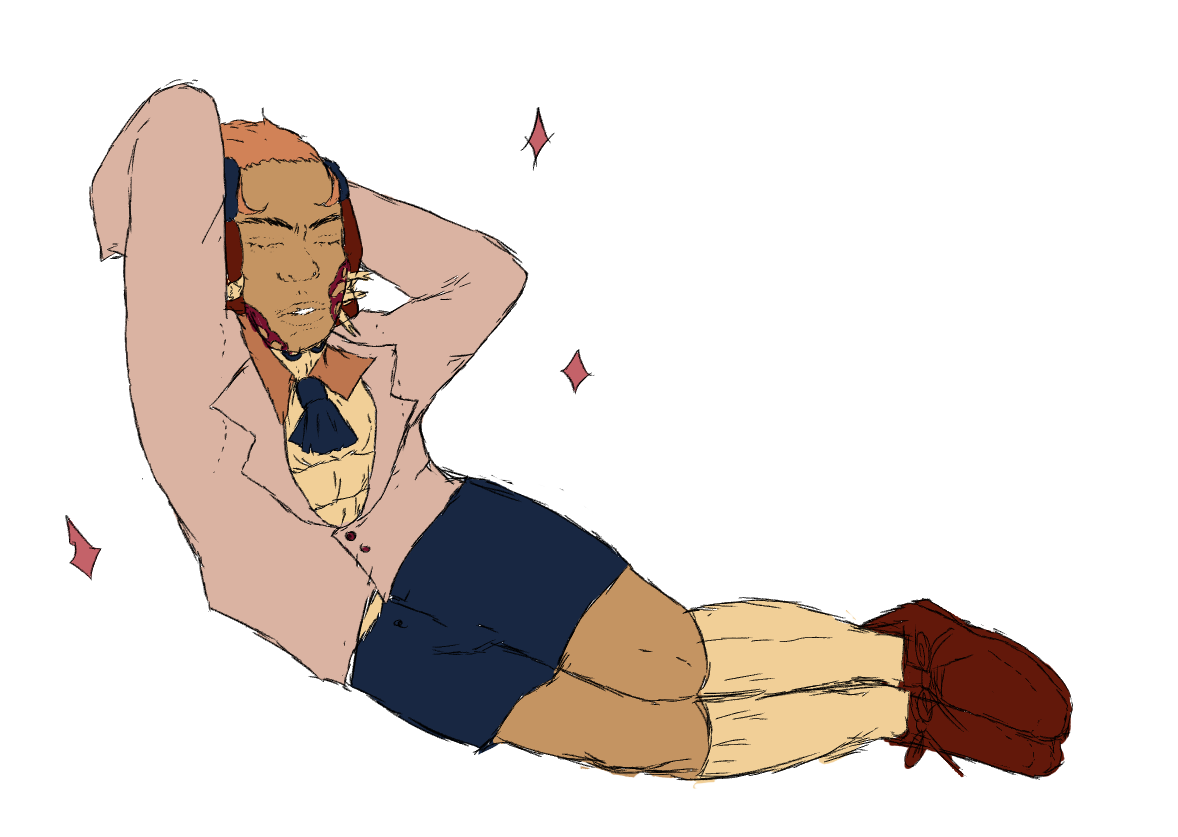 adone is a young man, about thirty-six, who lives in a cryogenic simulation and makes his "living" off of selling hormones to the elderly. his reputation is a mixed bag, some sing his praises and call him the most efficient purveyor in the simulation, while others constantly call him on his bullshit and decry him for being a cheap bastard. he's been in the game for about six years now and he's showing no signs of stopping, he's like a basketball guy. belying his stoic face, his demeanor is obviously nervous and agitated. he often goes off on a tangent and people have to tell this mother fucker to shut up. he's really blithe and happy but at the same time has the emotional intelligence of a fucking cicada and is like a "reddit realist." he still cares about people though and will do things for people like lick his own ballsack. amo would hold his hand. europop from the early 2000s is his shit and he likes listening to it while bungee jumping into old men's enlarged and aged pores. he also has some mental problems, but don't mind that. whenever people ask him about his avatar, for some reason he just starts acting like a total dick, so make sure not to ask about that. before the war, adone came from a hard-working middle class that was only a few ks in becoming upper-middle class but ultimately missed the mark. even as young as 6 he helped his father work in a fried chicken shop, often mopping the areas and leaving it all shitty and whatnot. his mother kept scolding him because he wouldn't clean shit properly for shit, but at the same time, his mother wouldn't teach him how to clean properly so it was just this unbased vicious cycle or whatever. after a few years of working in the chicken shop, adone became extremely rebellious and would skip out doing work so he can hang out with his school friends. this pretty much pissed off his parents immediately and they told him that his friends would probably let him live in their houses. they weren't joking by the way, they really kicked a thirteen year old out of the house. so now, with a 6th grade education and nowhere to go but the streets, he became acquainted to the street life. hard, cold concrete. hard budget planning and that would be even if he had money to budget with. etc. he started to get into the business of stealing shit and selling it on the streets. this method was somewhat effective as there were some people who were like, "yeah im going to get this laptop from a guy wearing daisy dukes why is this laptop at such a suspiciously low price" and he's like "ay, don't worry about it." homelessness didn't change as he turned into an adult, but at least he had a group of friends he could pass the time. adone didn't even really remember his birthday so he and his friends just came up with a random one. then the fucking war happened. he and his friends were luck enough to be near where one of the many but limited bunkers where when the war started to really hit its peak. sadly, one of his friends actually stayed behind and probably fucking died. they got into the cryogenic machines but they were so far away from each other nooooo. and in fact, they even fucking forgot about each other once they hit the new reality, they were just like "aight, ill see you bros" and just never saw each other bros. adone at first was really infatuated with how the world worked in the fake reality thing. he thought all the different subcultures, like the people having their avatars be like actual furry animals or like weird degenerates making themselves big-titted bimbos was funny and cool, but he got tired of it really quickly. and disturbed even. he needed to find purpose in his life, but he really just couldn't find that shit until he saw this really weird lady. it was temitope if you couldn't tell. she didn't spring the idea of selling hormones immediately. in fact,it was something she very slowly force-fed to him until he let up and started doing it. at first it was an extremely slow business because most of the old people already knew what they wanted when it came to the hormones but once temitope and adone became more and more shameless in promoting themselves, the good shit just started skyrocketing like my brain when i watch my little porny.