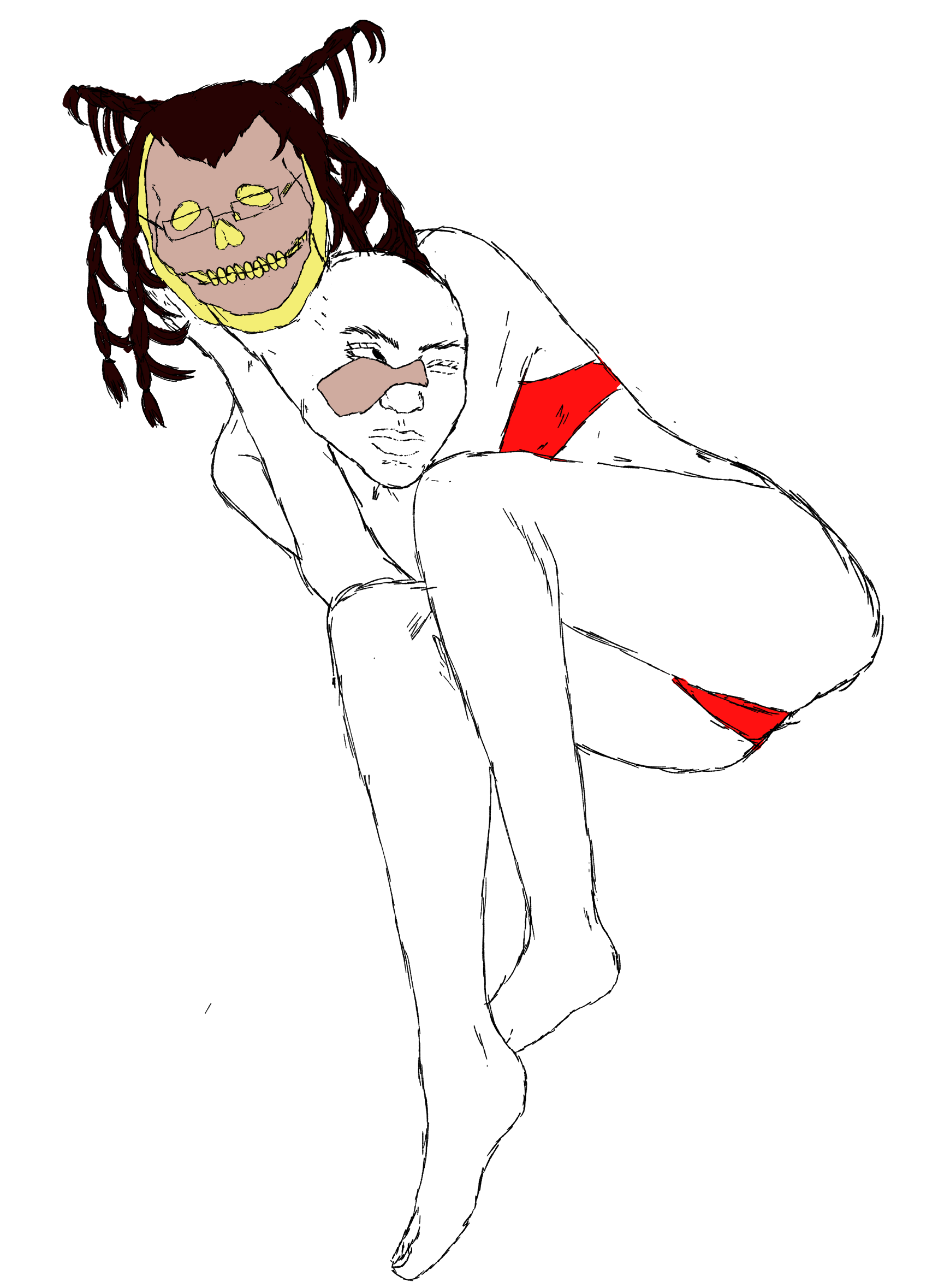 pickering is the name of a vessel shared by two beings: a palooka and a dying, subordinate demon that accidentally made its way to earth. the birth of pickering was definitely a mistake. after a lifetime of unfulfilling moments and little to no payoff for all of their hard work, they decided to check out of this cruel endurance test called life, while a demon was being sent to earth after being summoned by some weird-ass kid in the same hotel the boxer died. due to some weirdass circumstances,

their bodies violently meshed together and pickering happened to be the end result. with the demon's fighting power that slightly teetered over the average man's and the palooka's experience in the ring, they decided to become a gimmick act in a relatively popular boxing series. in spite of them making that decision together, they do not get along well at all. the only reason why they haven't wrecked themselves before they checked themselves is due to the vessel's limitation to have two people in the

diver's seat at the same time. ormode galena warrick, called galena for short and is the weird little head beside the awesome skull thing, is a pretentious, curious, snooty yet humorous person and is arguably the best part about pickering. they usually utilize kicking, believing it to be the strongest attack one can deliver upon a body. fulgencio, the awesome skull thing and also arguably the best thing about pickering, is a self-centered yet open minded, tactful and sensitive soul and is responsible for the

most brutal, nearly life-ending moves pickering would perform, yet whenever asked, fulgencio would always deny his part in it, much to gelena's chagrin. obviously with such a contrived backstory, they are one or two of the most iconic fighters to ever be put on screen. gelma was born to a family of six that immediately handed her over to her neighbors in an auction. one of the winners happened to be one of the most violent women on the block, and she happily took the child. it wasn't rare to see the woman

so happy, but no one knew that she wouldn't be smiling for a reason that wasn't fixated on violence. the woman spoiled gelma rotten. even with her small means, she constantly wanted gelma to be happy, but not in any substantial way. that meant that everyday was a trip to the carnival or a stroll on the beach. school wasn't even an option for her. no doctors, no dentists, none of that bullshit! while all of this was going on, gelma's mother was still fighting in front of her, often inviting men over so

she could get drunk with them and beat them to death. gelma started to become displeased with her life, but didn't know how to properly express her emotions in a way her mother would understand. except for one night. it was like any other night. gelma's mother played loud music, gathered the booze and some friends and started the brawling. gelma was in close proximity and her mother nearly flung a glass shard in her neck. fortunately it only grazed her. but that didn't change anything. she was still enraged.

taking her teenage weight, she started barreling towards her mother with one fist in her left cheek. it struck her mother's right. and clutching that right, her mother laughed...and then her face contorted. people started frantically urging gelma to run, so she did. street tournaments took her in. she tried to climb up the ranks and to no avail. fulgencio didn't have much record on him. he didn't even do much for the most part, just dwell in limbo for a while and maybe butt heads with a few other demons

but that's it. well, obviously, someone must have heard of him, because that's how pickering would've even came about in the first place. apparently in an old book some wannabe demon worshiper found in a library had his name in it and how to summon him and tried it out as they and their parents stayed in a hotel. that seems likely.